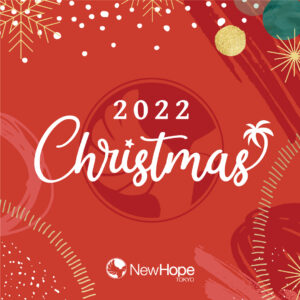 No reservation is required to attend the service. Come along, bring your families and friends. You’re most welcome to join us as we celebrate our Lord and savior Jesus Christ.

あなたは霊的戦いに勝つことができる！ YOU CAN WIN THE SPIRITUAL WARFARE!

YOU CAN WIN THE SPIRITUAL WARFARE!

“Simon, Simon, behold, Satan has demanded permission to sift you like wheat, 32but I have prayed for you, that your faith may not fail, and you, when once you have turned again, strengthen your brothers.” (Luke 22:31-32 NIV)

Jesus was driving out a demon that was mute. When the demon left, the man who had been mute spoke, and the crowd was amazed. 15 But some of them said, “By Beelzebul, the prince of demons, he is driving out demons.” 16Others tested him by asking for a sign from heaven. 17Jesus knew their thoughts and said to them: “Any kingdom divided against itself will be ruined, and a house divided against itself will fall. 18If Satan is divided against himself; how can his kingdom stand? I say this because you claim that I drive out demons by Beelzebul.” (Luke 11:14-18 NIV)

Now if I drive out demons by Beelzebul, by whom do your followers drive them out? So then, they will be your judges. 20But if I drive out demons by the finger of God, then the kingdom of God has come upon you. 21“When a strong man, fully armed, guards his own house, his possessions are safe. 22BUT when someone stronger attacks and overpowers him, he takes away the armor in which the man trusted and divides up his plunder. (Luke 11:19-22 NIV)

3. Jesus’ power works with those who choose to

Whoever is not with me is against me, and whoever does not gather with me scatters. 24“When an impure spirit comes out of a person, it goes through arid places seeking rest and does not find it. Then it says, ‘I will return to the house I left.’ 25When it arrives, it finds the house swept clean and put in order. 26Then it goes and takes seven other spirits more wicked than itself, and they go in and live there. And the final condition of that person is worse than the first.” 27As Jesus was saying these things, a woman in the crowd called out, “Blessed is the mother who gave you birth and nursed you.” 28He replied, “Blessed rather are those who hear the word of God and obey it.”(Luke 11: 23-28 NIV)

No reservation is required to attend the service. Come along, bring your families and friends. You’re most welcome to join us as we celebrate our Lord and savior Jesus Christ. あなたの情熱、賜物、スタイルは何ですか？4回の学びに参加して、あなたのデザインを発見しましょう！
What’s your passion? What’s your gift? What’s your style? Come and join the DESIGN course to discover how God has wired you!

申込期限は11月13日です。テキスト代は500円です。
Registration is open until November 13th. There is a 500 yen fee for the workbook.